Gravel Riding Around Aspen and the Roaring Fork Valley 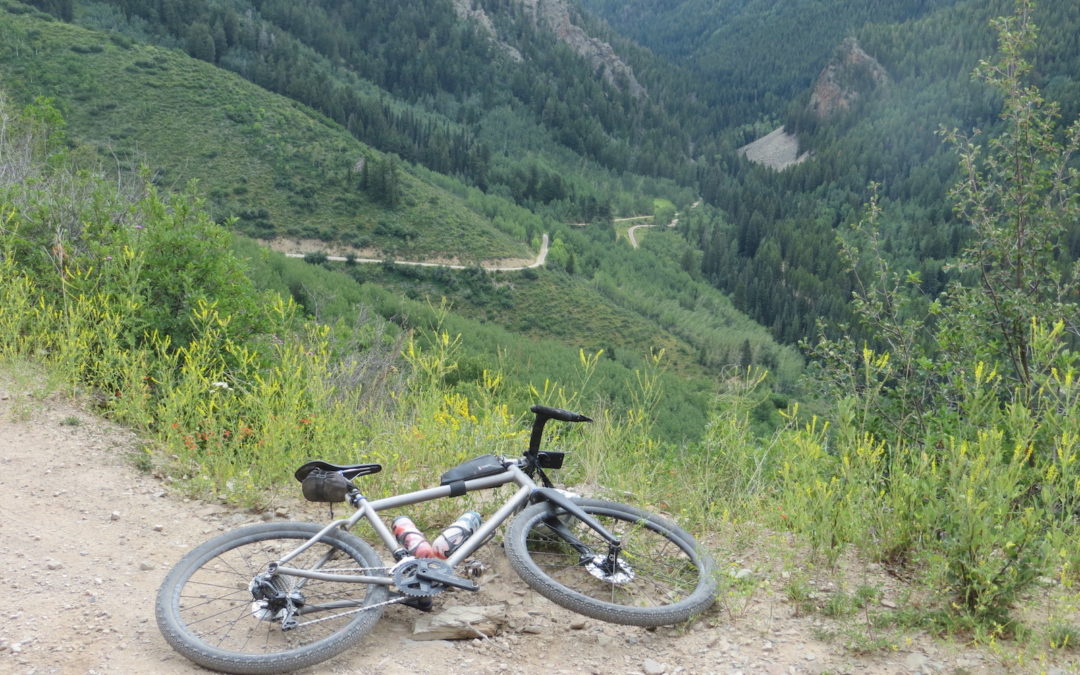 When I ride in the Roaring Fork Valley some part of my mind wanders to Hunter S. Thompson tapping away, gritted teeth around a cigarette holder, crucifying Nixon for the violent, lying, paranoid state he’s creating. Enough current history though, because when I ride here the beauty and the effort pulls me out of my head pretty fast. Sometimes the technical riding on the single-track “connectors” I’ve used to connect the gravel roads does that too. Either way I’m drawn out into the elements that bring me here in the first place – the wild skyline of 14,000 foot peaks, deep sub-alpine valleys, aspen groves, wild-flower filled meadows, the long, many-layered, hundred-mile views.

As the father of Gonzo Journalism Hunter S. Thompson was onto something. The journalist plays an active role, even the central role, in the story. As cyclists who write about what we do on the dirty roads that’s what we become. Gonzo cyclists – in more ways than we realize. We are part of the story here and it’s writing is done dipping the pen into sweat, the lines of text deposited onto passing wildflowers and aspen leaves.

There are some classic long established rides around here that locals have been doing on 25c tires (just like nearly everywhere there’s gravel riding) long before riding gravel became a style. Now though, with “road bikes” that take 1.8-2.25+ inch tires and 1:1 or better gearing so much more becomes accessible and fun. Even some of the paved bike paths around the valley hit 10+ percent and dirt climbs in that range are common. So, bring your legs and your lungs and get ready because the beauty seems to increase exponentially as one climbs out of the valley on one of the many one to four thousand foot climbs in the area. 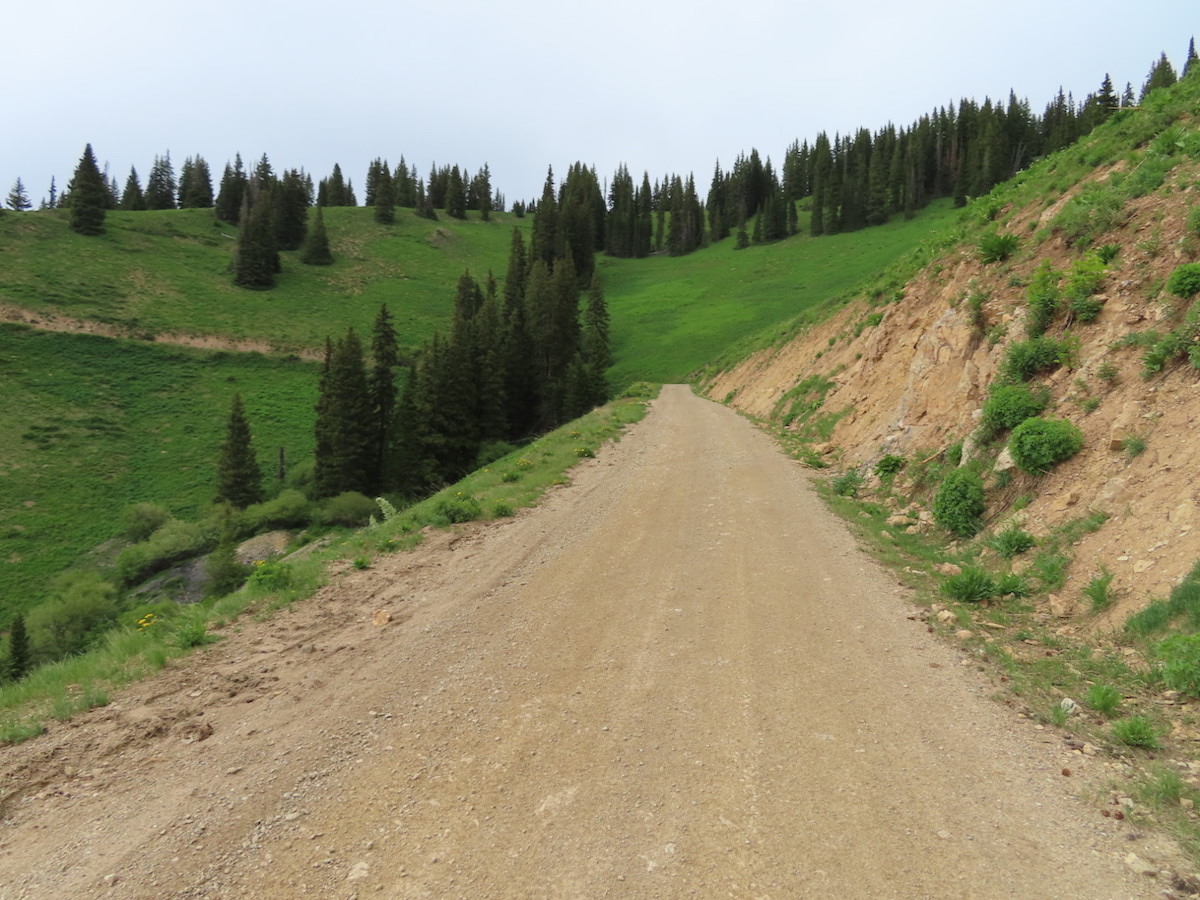 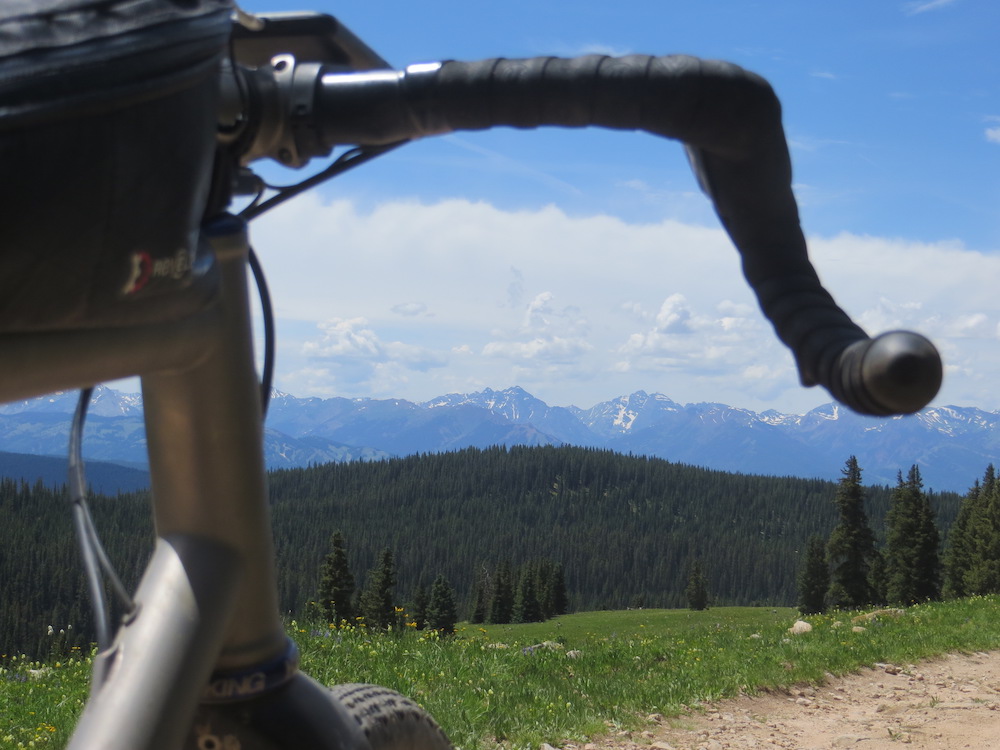 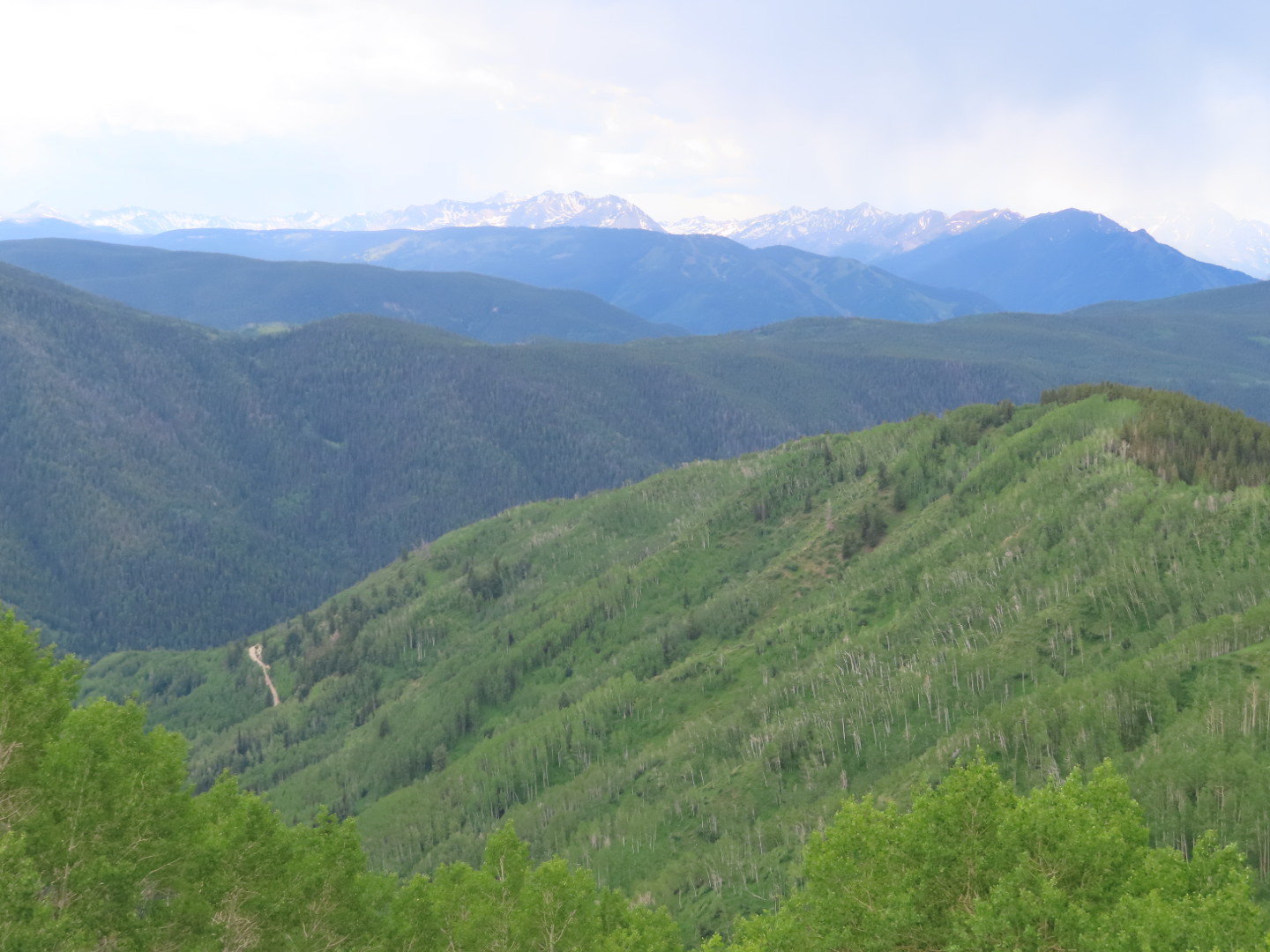 Start with breakfast on the lawn of The Smithy or coffee and croissant at Bonfire Coffee in Carbondale and then head out of town toward McClure Pass, but not too far because with a turn up Prince Creek Road you start to climb up the initial slopes of Mt Sopris. Two thousand dirty feet later you’re rewarded for the effort with stunning views of Sopris, a sentinel of the Roaring Fork. At the top of the climb one can continue up and connect the Hay Park Trail at the Thomas Lakes trailhead (for ten miles of somewhat unmaintained, chunky, fallen-treed, backcountry singletrack to connect with Capitol Creek Road) or enjoy the 1500’ paved descent down West Sopris Creek. Both options will leave you breathless. Longish and short loops can be created by heading out on one of several roads that connect Sopris and Snowmass Creek roads to the Rio Grande Bike Path, the main cycling artery on the Roaring Fork. Spinning up the red dirt of East Sopris Creek over to Snowmass Creek and then into Snowmass Village the “back way” via the Snowmass divide returning on the Rio Grande Path makes a gorgeous mixed surface loop of about 60 miles from Carbondale back to Carbondale. 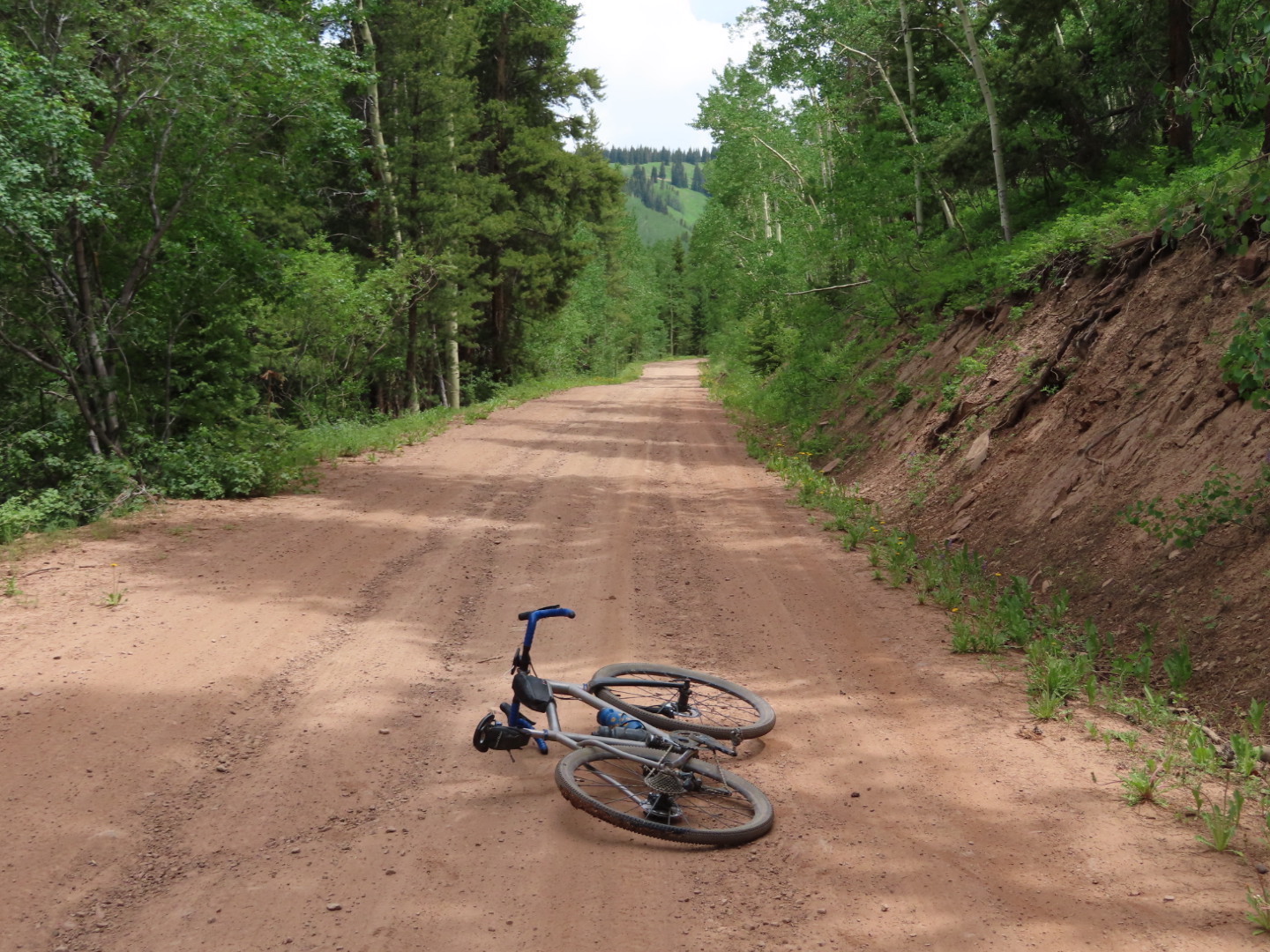 The east side of the Valley hides one of my favorite climbs in the area because it ends with a burger and beer on the patio of the Woody Creek Tavern, one of Hunter S. Thompson’s favorite haunts. Really, Lenado road up Larkspur Mountain is neither hidden nor secret but it seems to see few human-powered ascents. (How do I know? When I can make the top ten of a Strava Segment it’s because there are only nine people in the segment. 😉 Start the climb in Woody Creek but it’s best to park in the Incercept Lot along Highway 82 if parking nearby to leave room for others and locals in the small hamlet that is Woody Creek. Head north out of town and then eastish up Lenado Road. After few paved miles the road becomes dirt and will be for the next 20+ miles and four thousand feet of climbing. Take your time, the air gets thin, and the views get wider and deeper. On some of switchbacks the Maroon Bells, Pyramid and Capitol Peaks across the valley demand attention. If you start before dawn you may get to watch the sunrise light these behemoths as if hues of red and orange were the only ones in the spectrum. Near the top one can circumnavigate the summit of Larkspur Mountain and then head over on an increasingly rough two-track to the summit of Mt Yeckel. For the bike-to-hut folks, one can even book a night or two in Margy’s Hut (from 1, July through 30, September) which sits between the summits of Larkspur and Yeckel. If you’re riding the round trip in a day from the Woody Creek Tavern you’ll earn the burger, the route ticks about 50 miles and close to 5,000 feet of climbing. There are many exploration possibilities near the summits of the 11,000 foot peaks especially if singletrack on a gravel bike is on your menu, but that’s enough for now. Time to spin a few miles myself.

Be well,
Dan
Want ride ideas or have a few? Hit me up on IG: @dangsnyder 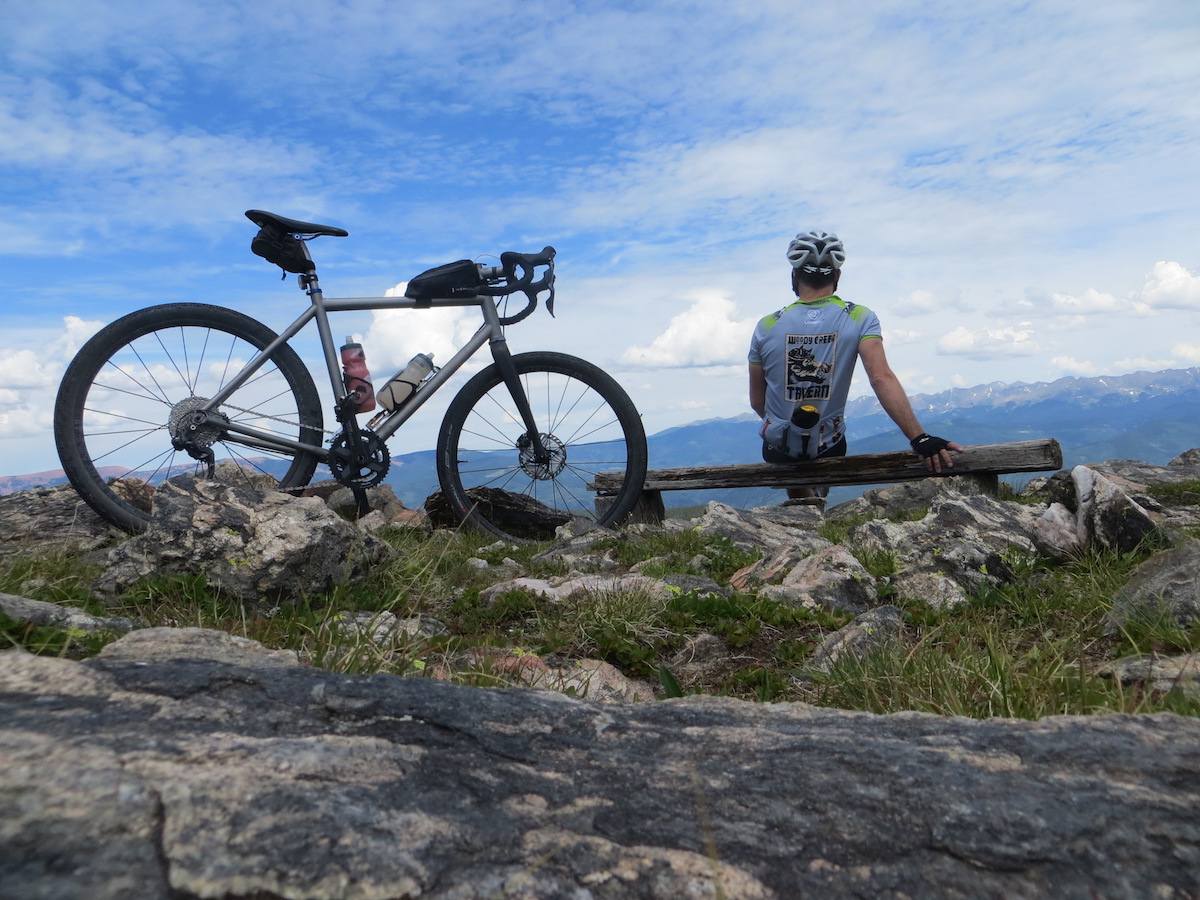 Want The Inside Scoop?